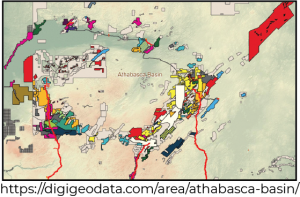 DigiGeoData continuously monitors exploration activities in active mining regions of Canada and provides data through a web-mapping application as well as printed maps. These statistics are based on its recent publication of the Athabasca Basin exploration activity map (January 2019).

The Athabasca Basin is a unique mining area in Canada and has been a very active mining and exploration region for uranium over 80 years. Secondary commodities in the area include gold, cobalt, nickel and rare earth elements. 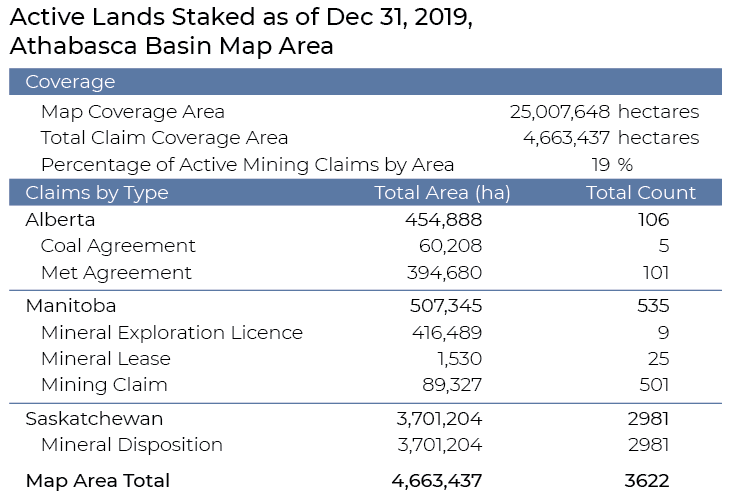 DigiGeoData has compiled 51 mining assets in the area that includes 2 operating mines, 22 deposits (with compliant resources) and 27 past producing mines. 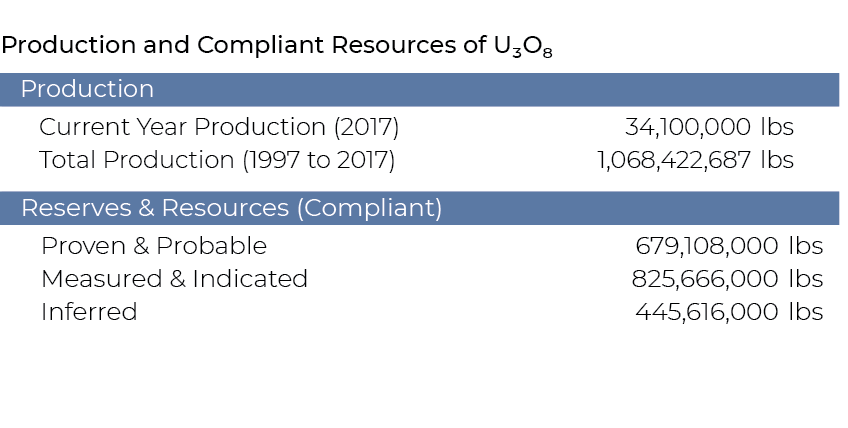 The Athabasca Basin map area includes 3,622 active mining claims registered to 138 owners (100% full ownership or joint ventures) of listed companies, private companies or individuals. Land ownership has increased and decreased over the years depending on the sentiment towards uranium. The last three years has seen a significant increase in exploration and land acquisition of 1607 new claims. This added 44% more claims, or 1.5 million hectares, which is roughly 34% of the total staked area. 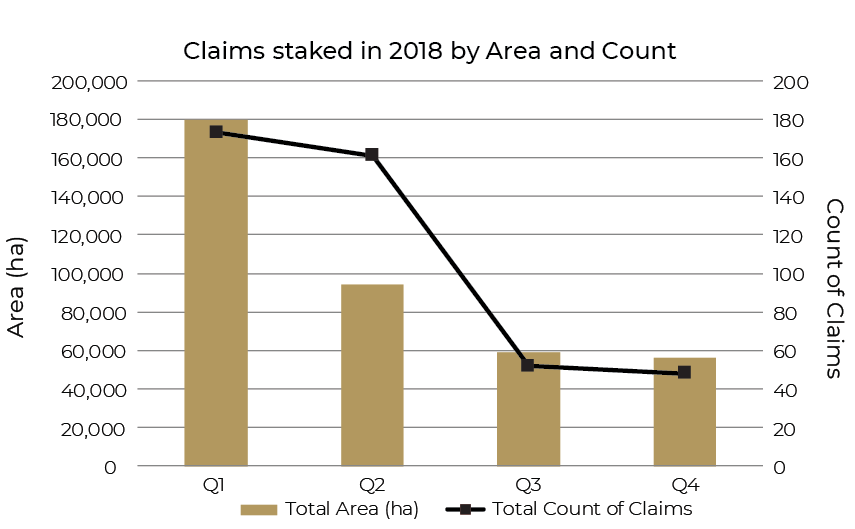 The majority of the claims staked in 2018 (402 of 434 claims) were registered under 17 companies and 3 individuals. Comparing the 2018 claim staking with properties of selected major companies (limited to DigiGeoData map sponsors) 45 active mining properties were expanded in 2018 adding new mining claims. 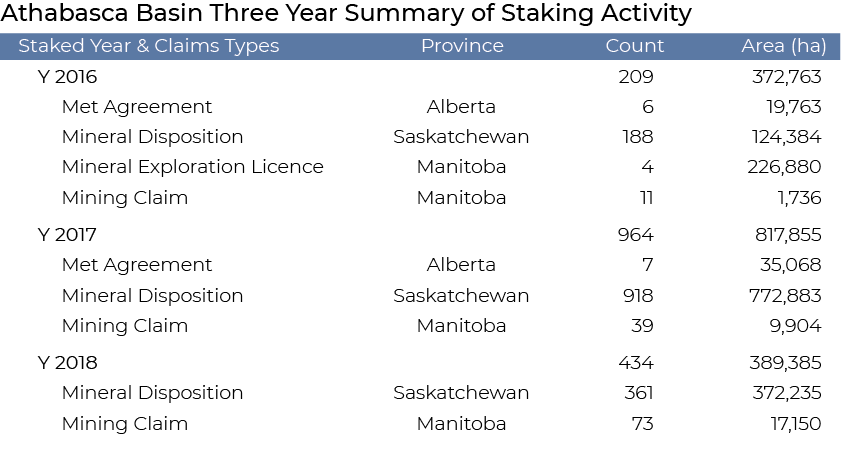 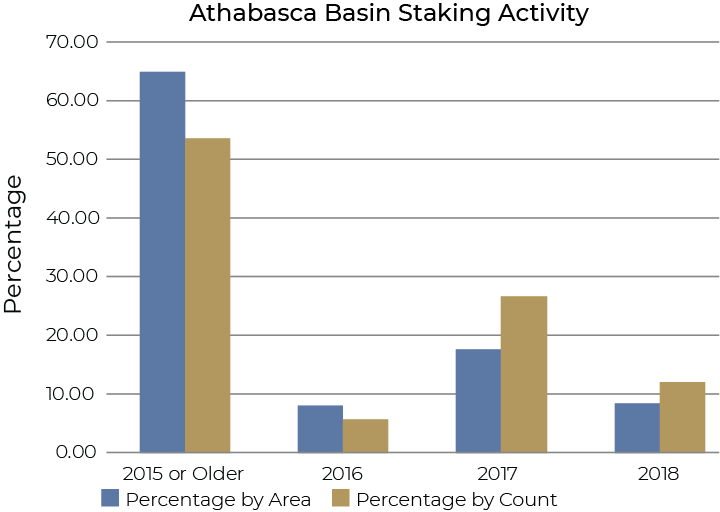 Over the past three years, a number of companies have been actively exploring and increasing their land positions.

Most of these companies have committed funds for what should be an active year in 2019 in the Athabasca Basin. 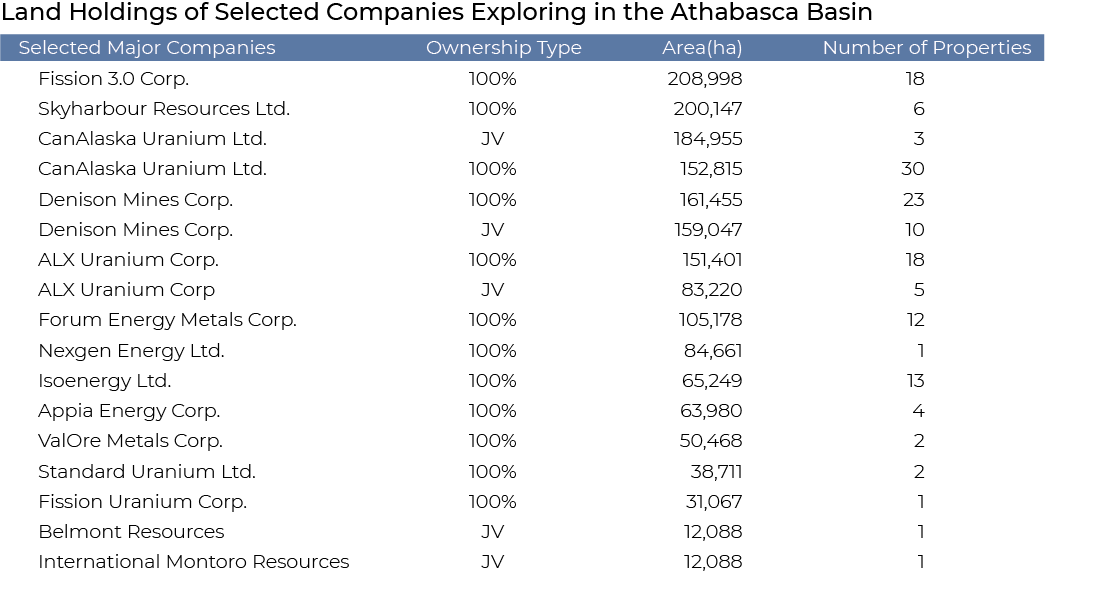