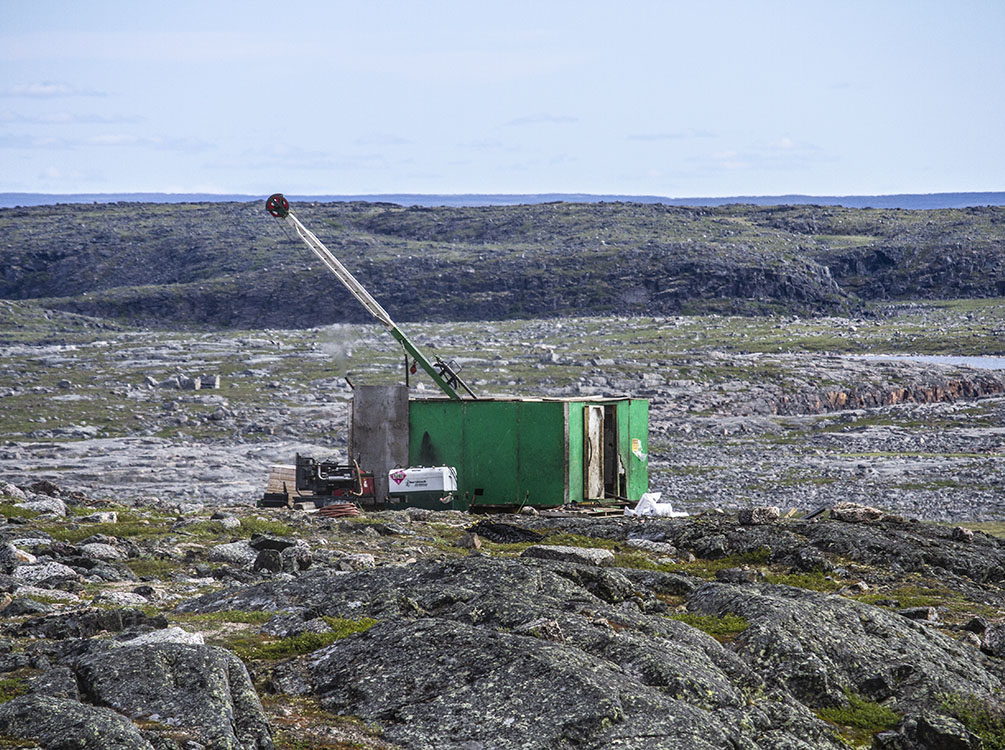 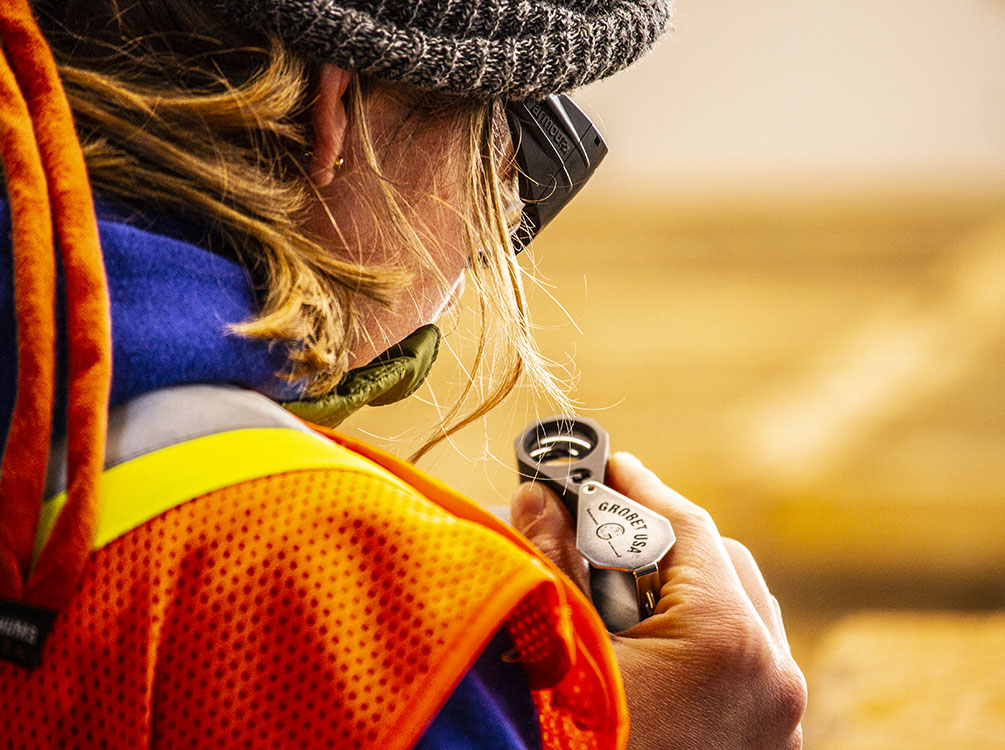 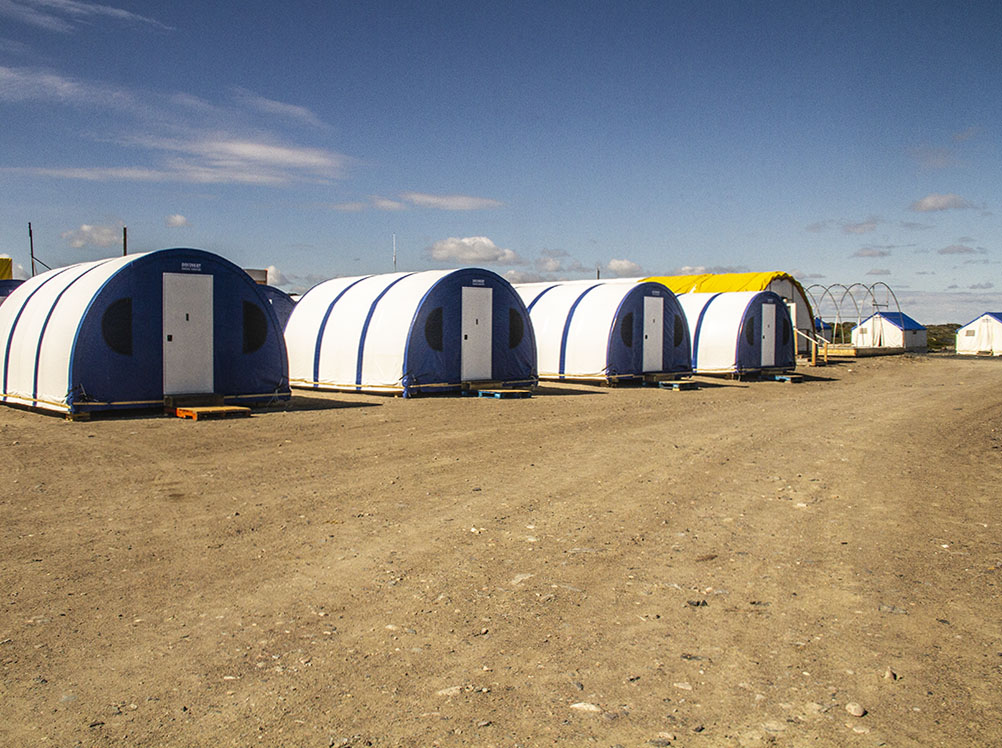 Blue Star Gold Corp is focused on gold exploration and development within Nunavut, Canada. The Company owns the Ulu Gold Property lease, an advanced gold and silver project, and the highly prospective Hood River Property that is contiguous to the Ulu mining lease. With the recent acquisition of the Roma Project, Blue Star now controls 16,645 hectares of highly prospective and underexplored mineral properties in the High Lake Greenstone Belt, Nunavut. A significant high-grade gold resource exists at the Flood Zone deposit (Ulu lease), and numerous high-grade gold occurrences and priority targets occur throughout the Ulu, Hood River and Roma projects.

The Ulu property consists of a renewable 21-year mining lease and covers an area of approximately 947 ha. The lease hosts an advanced gold project (Flood Zone) that between 1989 and 2012 saw significant exploration and development by BHP Minerals and Echo Bay Mines, among others. The past work includes approximately 1.7 km of underground development and approximately 405 diamond drill holes that produced 88,330m of core on the Flood Zone. The Flood Zone contains the bulk of the Ulu gold resource and is open on-strike and at depth. Overall resources of 2.50 million tonnes grading 7.53 g/t Au for 605,000 gold ounces (measured & indicated category) and 1.26 million tonnes grading 5.57 g/t Au for 226,000 gold ounces (inferred category) have been estimated for the Flood and Gnu Zones (refer to “Technical Report on the Ulu Gold Property, Nunavut, Canada” dated July 10, 2015). Supplementing the high-grade gold resources, the Ulu project includes a substantial inventory of capital equipment, a camp with shop and a 1,200 m long airstrip.

The Hood River property is contiguous to the Ulu lease to the north, east and south. The property is held through a renewable, 20-year Mineral Exploration Agreement with Nunavut Tunngavik Incorporated. The highly prospective property encompasses 8,015 ha. A large number of high-grade gold showings occur throughout the property which provide for excellent resource expansion potential at multiple targets. The main exploration target for the property is shear-hosted gold mineralization similar to the Flood Zone on the adjacent Ulu lease. The series of the gold showings and prospects that occur on trend and north of the Flood Zone are thought to be related to the ~5 km long Ulu Fold which hosts the Flood Zone and extends to the North Fold Nose Zone. At least five gold prospects have been identified to date on this key structural feature.

The Roma project consists 7,683 ha in the northern section of the High Lake Greenstone Belt. These claims cover high grade gold showings discovered by previous explorers, notably BHP Minerals from 1988 to 1994. Multiple significant gold showings are present within a 6.5 km x 2.4 km area on the historic Roma claim block. The best result from a small drill program was 12.38 g/t Au over 2.31 m; no follow up drilling is known to have been completed on this property since BHP’s initial small drill program in the 1990’s. Additional discoveries on Roma were made in 1993 approximately 4 km southwest of the original quartz vein. Twelve showings were found in a 1.6 km x 0.55 km area on the east limb of an anticlinal fold structure adjacent to the Kennarctic Shear Zone. All these gold showings in the anticline remain undrilled. Other gold showings with gold grades up to 6.1 g/t Au are found between the anticline hosted mineralization and the original Roma vein.

For more on the activity in the Northern Canada region and to view the map, go to https://digigeodata.com/area/toodoggone/