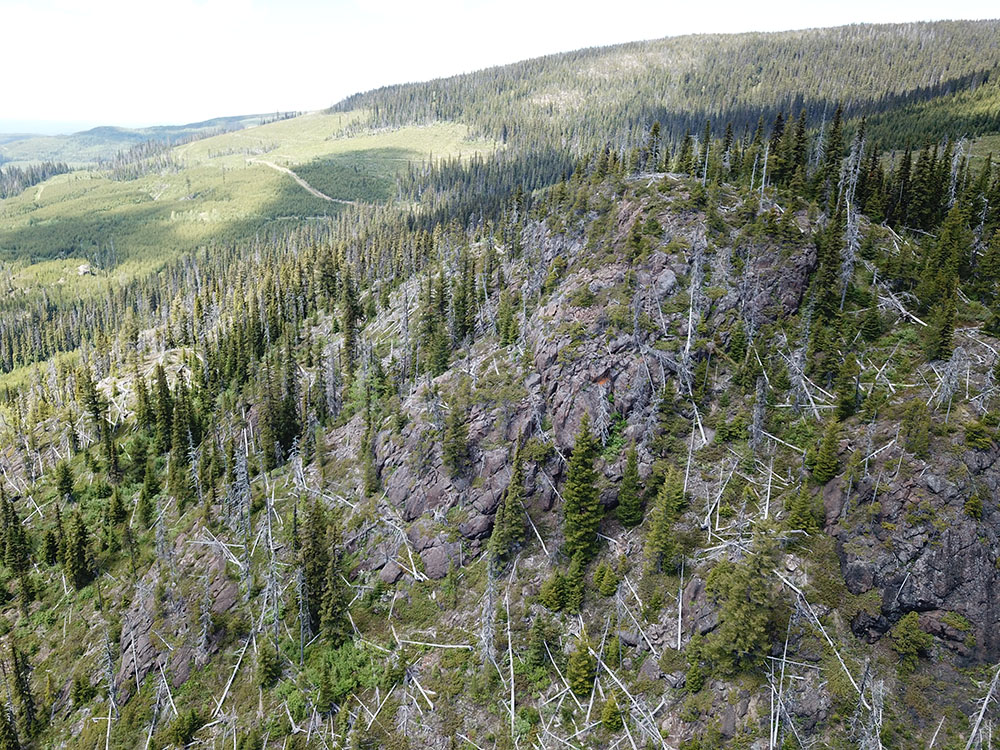 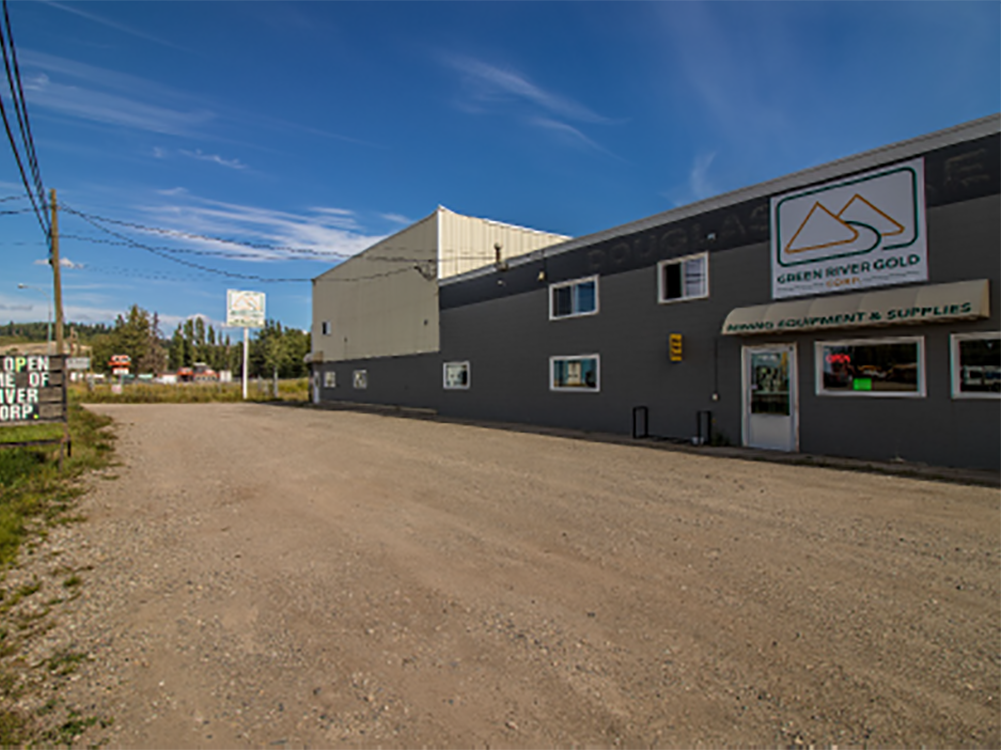 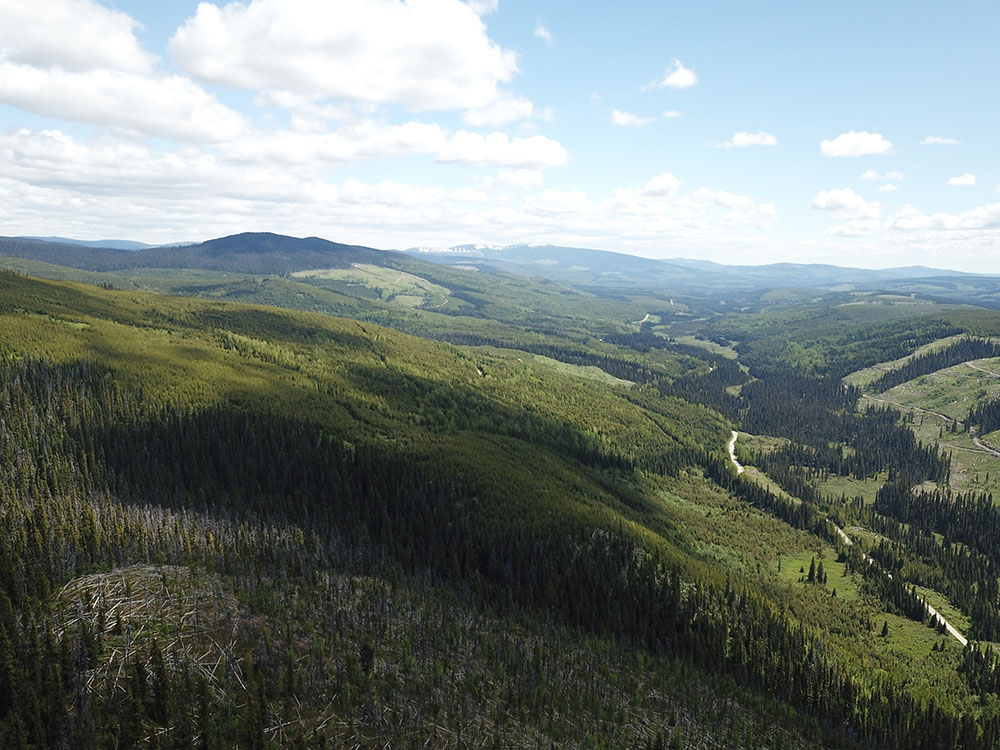 Green River Gold Corp. (“Green River” or the “Company”) (CSE:CCR) has a story with many moving parts.  Central to the story is The Fontaine Project which is located in the legendary Cariboo Mining District of British Columbia in Canada and is contiguous to Osisko Development Corp.’s (TSX-V:ODV) Cariboo Gold Project.

The Fontaine Project is located approximately 20 kilometres south west of the historic town of Barkerville, which was the epicentre of the original Cariboo Gold rush starting around 1860.

The Fontaine Project straddles an 18-kilometre length of the Quesnel, Barkerville and Slide Mountain terranes. Green River is primarily targeting sediment-hosted vein type deposit mineralization in the Quesnel Terrane similar to that found at the nearby Spanish Mountain deposit (measured and indicated resources of 4.1 million ounces of gold grading 0.47 g/tonne gold). Within the Barkerville Terrane, the Company is targeting vein and replacement style gold mineralization that is known to exist. Gold mineralization target styles in the Slide Mountain Terrane include metabasalt-hosted vein deposit types that the Company believes could have similar grades and sizes to those of the Cassiar District high-grade deposits in northern British Columbia, with the largest being the Main Mine, which produced 150,000 ounces of gold averaging 17.14 g/tonne gold. Between the early 1970s and early 1990s, sporadic work was carried out on the Fontaine property consisting of prospecting and sampling bedrock and overlying soil horizons. Several showings were identified as a result of this work with anomalous gold and silver values.

The Company believes potential lode gold mineralization within the Fontaine Project area may share many characteristics with orogenic gold deposits typically found in the Cariboo Mining District where gold mineralization is associated with orogenic silica-carbonate-sericite-pyrite stable fluids moving along secondary permeability induced by the interaction of metamorphic fabrics, sublayer-parallel strike-slip faults, contacts between lithological units, and rheological contrasts between lithologies.

The Company has a significant exploration program planned for the Fontaine Project for 2021, including a UAV-MAG Airborne Geophysics Survey to cover approximately 1,500 line kilometres.

On April 27, 2021, the Company announced that it has entered into an option agreement with Surge Battery Metals Inc. (“Surge”) (TSXV:NILI, OTC:NILIF, FRA:DJSC) . Under the option agreement, Surge has been granted the option to acquire an 80% interest in a contiguous block of 8 mineral claims comprising 2,219 hectares or just under 25% of the entire Fontaine land package.  Surge is interested in exploring that portion of the Fontaine Project based on the historical occurrences of nickel.

To exercise the option, Surge must issue 1,400,000 common shares to Green River, with 500,000 shares issued upon signing the agreement, and the remaining 900,000 shares payable over the next four years. Surge must also incur no less than $800,000 in mining work expenditures by the end of the fourth anniversary of the effective date of the option agreement.

The 1,214-hectare Kymar Silver Project is located 28 kilometers west of Invermere, British Columbia, Canada along the southeast flank of Mount Catherine in the Golden Mining Division.

The Kymar Silver Project has an appreciable amount of historical data, which the Company has been compiling and interpreting. During this process Green River has identified multiple past-producing artisanal silver mines with encouraging historical ore grades.

In addition to exploring for precious metals, Green River is involved in several gold related businesses.

Green River owns 24 square kilometres of placer mining claims in the Cariboo Mining District.  The company collects cash rent from placer miners, and benefits from the exploration expenditures and development done on those properties by the renters.

Green River also provides permitting and consulting services to the placer mining industry from its combined manufacturing, retail and office building in Quesnel, British Columbia, which is within easy commuting distance of the Company’s Fontaine Project and its placer claims.  The Company retails mining equipment and supplies to placer miners. A related company manufacturers gold mining equipment which is marketed under the Green River Gold Corp. name.  Green River is also a Limited Partner in the Green River Gold Trading Limited Partnership, which purchases raw placer gold from miners and sells it to refiners and other end users.

To learn more about Green River Gold, go to https://greenrivergold.com/

To learn more about the activity in Central BC and to view the map, go to https://digigeodata.com/area/central-bc/