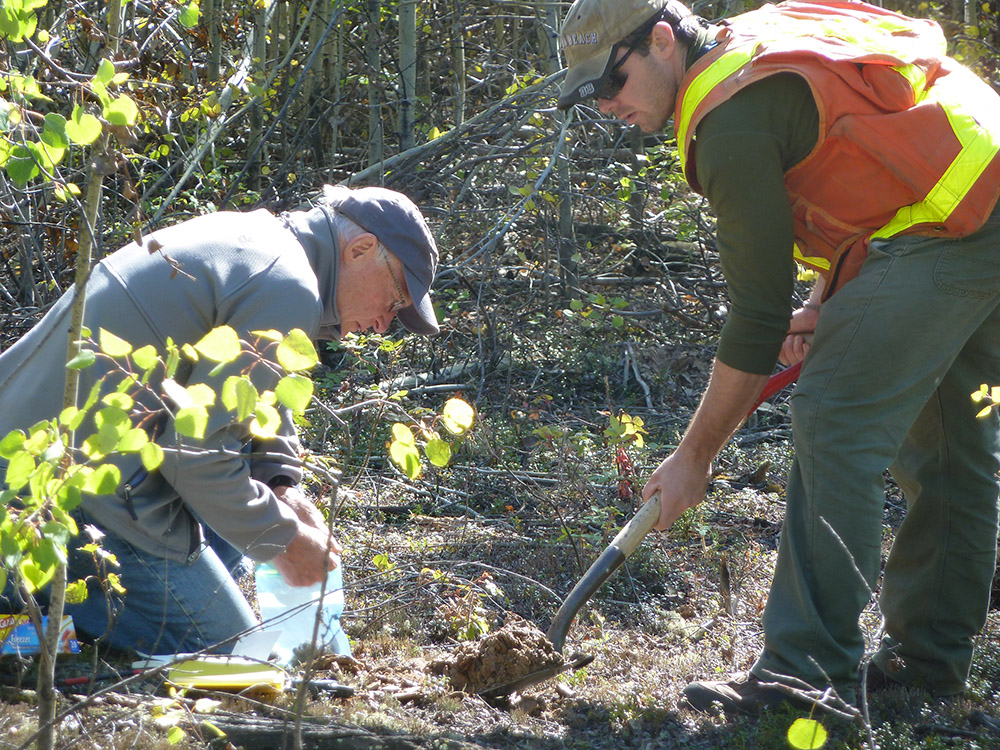 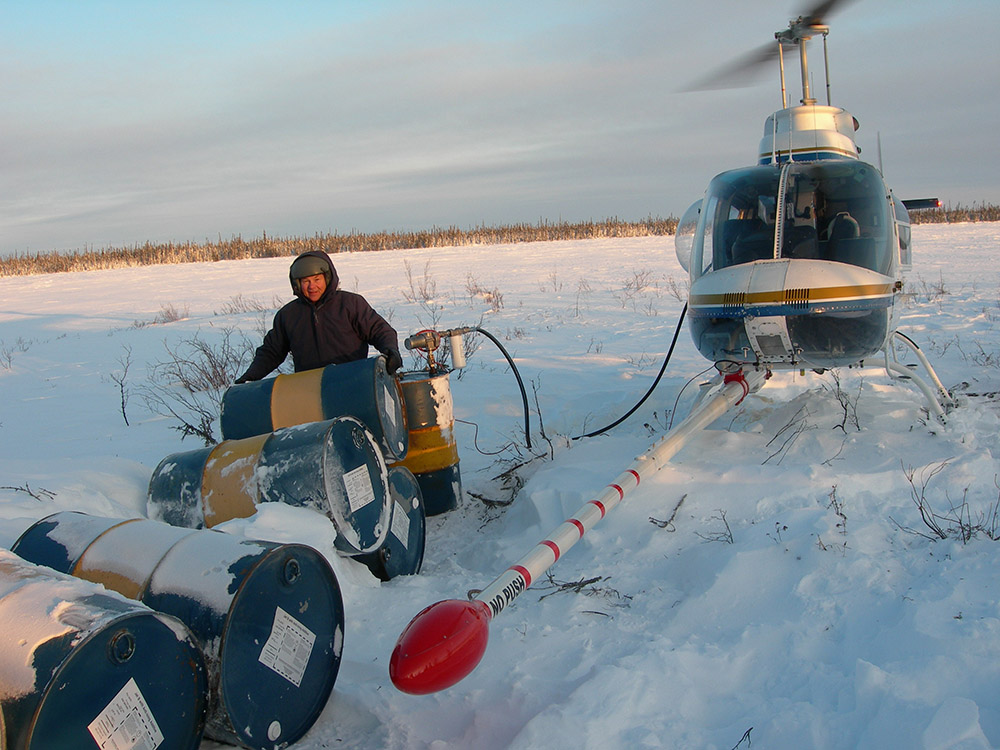 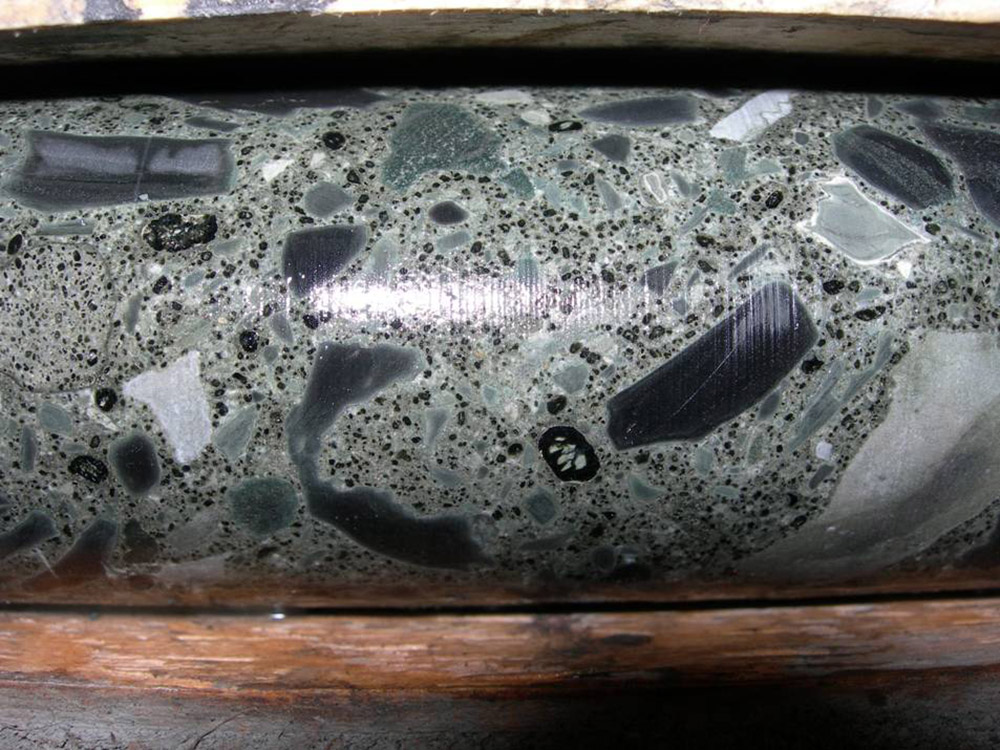 Olivut Resources Ltd. (TSXV: OLV) is a diamond exploration company with a 100% mineral interest in the HOAM Project (the “HOAM Project”) and a 50% interest in the Seahorse Project (the Seahorse project”), both projects being located in Canada’s Northwest Territories.    There are 62,840,611 common shares outstanding.  The Company has very experienced management and technical teams to advance the projects. 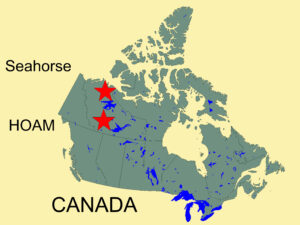 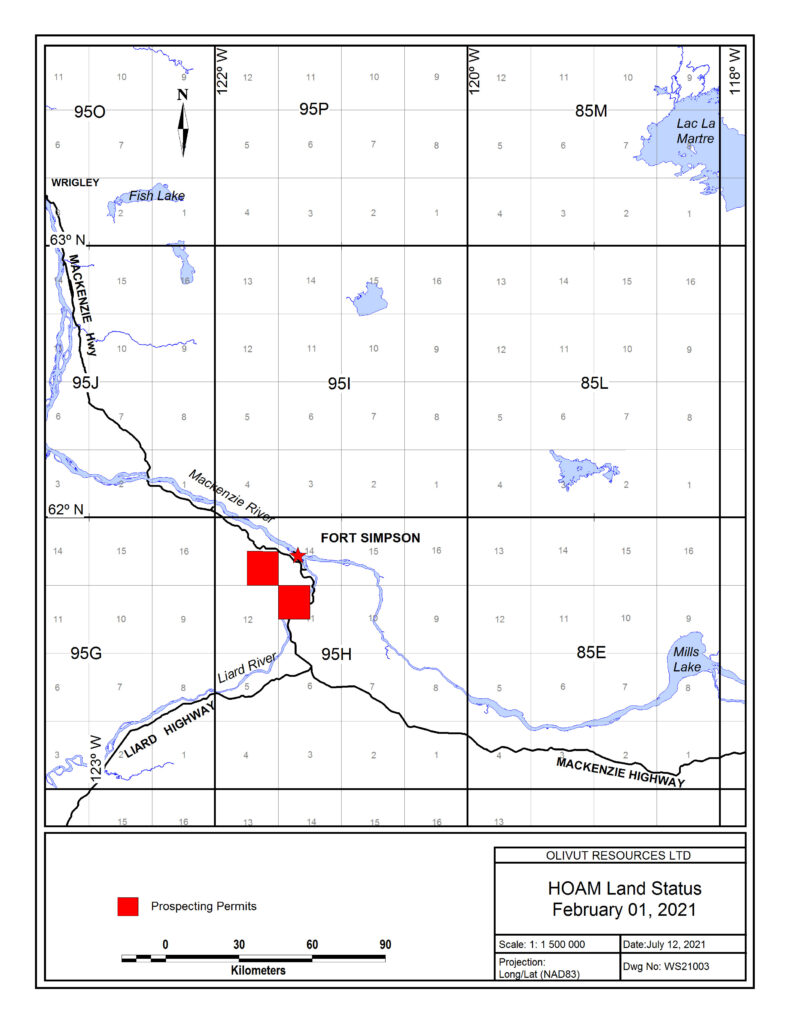 Olivut Resources Ltd. has been very successful in identifying kimberlite occurrences in this previously unexplored area of the Northwest Territories. Twenty-nine kimberlite discoveries have been made to date. Although some of the kimberlites are microdiamond bearing, they do not contain the extremely positive diamond inclusion field indicator mineral populations (including G10 garnets) that were previously found in regional stream sediment and till samples in the HOAM Project area.  The presence of these high priority indicator minerals warrants continued exploration to discover their source. 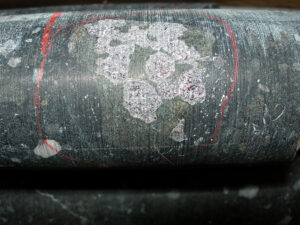 A detailed helimag program, undertaken to assess moderate to high priority anomalies identified from the Olivut’s regional airborne magnetic database, included twenty-three blocks flown at 50 metre line spacing. The blocks were selected based on logistical parameters to maximize the amount of data that could be obtained within a limited field budget.

Seventeen targets were classified as being of moderate to high priority. In addition, as part of the helimag program, a larger block was flown over an area of known kimberlite occurrences to assess regional structures and define weaker magnetic responses. The Company is very pleased with the results from this test area as additional high interest targets were identified; many of these correlate to structural features.  These results have positive implications for exploration within the broader region of the HOAM project area.

Modeling of certain targets also has been undertaken. Numerous additional new anomalies have been defined up ice from high interest kimberlite and diamond inclusion indicator mineral populations. The bedrock sources for these indicator mineral populations have yet to be identified. Based on the encouraging results to date, detailed airborne magnetic surveys will be required over these new anomalies to provide increased definition. It is anticipated that many additional new targets will be added to the current list of priority drill targets.

Numerous targets are drill ready on the HOAM Project.

Completion of further work programs on the HOAM and the Seahorse Projects is contingent on the raising of funds and the effects of the current COVID-19 pandemic particularly on planning and work in the Northwest Territories.  The Company is looking forward to testing targets and making exploration progress. 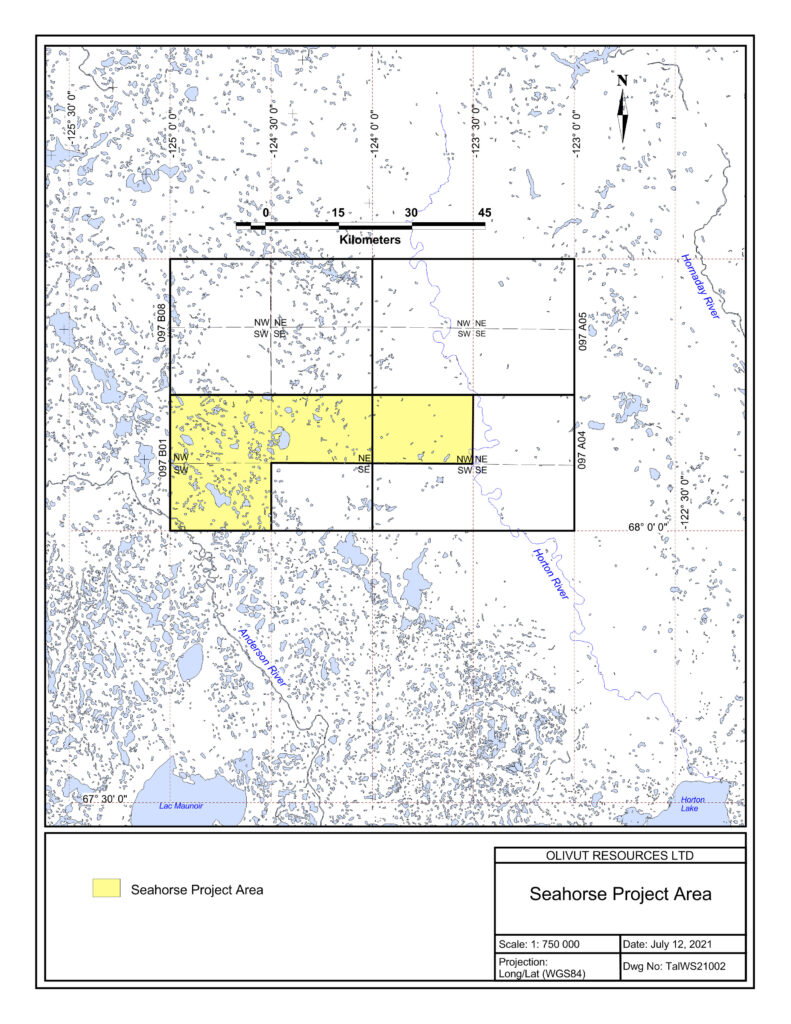 Olivut Resources Ltd. has exercised its option to earn 50% of the Seahorse Project located in the Northwest Territories in accordance with the terms of an Option Agreement with Talmora Diamond Inc. (“Talmora”). Olivut and Talmora are joint (50/50) owners of the assets. Talmora retains a 1% NSR on certain land.

Olivut Resources Ltd. considers the Seahorse Project to have the potential to host diamondiferous kimberlite bodies of significant size and perhaps other mineral deposits, based on a combination of: 2019 program results as described below; favourable diamond stability indicator minerals found regionally and locally, including 18 macro diamonds found in regional samples down ice to the west and northwest; specific geophysical targets; regional and local faults that would favour kimberlite emplacement; occurrence of diamondiferous kimberlites  to the north and southeast, as well as other geochemical data in the area.

Beneath tills, each of the holes intersected varying depths of a distinct homogeneous, extremely fine-grained clay that did not appear to be derived from the dolomite country rock that is exposed proximal to the targets.  Down hole drilling conditions were exceptionally challenging, as was the recovery of drill sample material, due primarily to the nature of these intersected clays. Samples were collected from each of the holes and sent for analysis to Saskatchewan Research Council (“SRC”).

Preliminary visual inspection, as well as further microscopic examination of many of the collected samples, could not specifically identify the host rock from which the clay material is derived.  Subsequently, whole rock and multi-element geochemical results returned complex chemistry characterized by elevated rare earth element (“REE”) content. Further analysis is ongoing to relate these findings to till samples taken down-ice in the general region.  These REE levels are generally higher than, or consistent with, levels of REE detected in clays found to occur over some identified kimberlites in some locations of the world (e.g. western Australia and Namibia).  Sulphides, including pyrite, galena and sphalerite, as well as other mafic minerals were easily identified in many downhole samples.

To determine the potential presence of any kimberlitic indicator mineral (“KIM”), additional samples from five drill holes, each consisting mostly of the homogeneous clay, were submitted for heavy mineral analysis to SRC.  Chromites, ilmenites (some manganese bearing) and abundant pseudorutile (an alteration product of ilmenite which is common in intensely weathered kimberlite) are present.  Although the chromites and ilmenites are not unequivocally kimberlitic, a few definite KIMs (G-9 pyropes and picroilmenites) were recovered from beach sand concentrates taken from a lake in the vicinity of the drill holes.

A surprising result of the heavy mineral analysis is the number of microfossils and the abundance of various forms of pyrite (some replacing organic material and microfossils) found in the concentrates.  Also present are spherules (tiny bead-like features) believed to be associated with a meteorite impact. Microfossils and pyrite associated with anoxic (low oxygen) conditions require a different explanation for the origin of the clay than intensely altered kimberlite. Given the results to date, there are a number of possible scenarios that could explain the genesis of these clays and further work is required to obtain more information before arriving at a conclusion.

In addition to the drilling program described above, limited regional prospecting was conducted.  A large gossan zone was identified on the property comprising the Seahorse Project that appears to have a strike length of approximately eight kilometres.  Very limited sampling was conducted due to budget and fuel constraints.  Some of these samples returned trace amounts of gold which may be significant given the limited number of samples collected.  Further work is required to obtain more information before arriving at a conclusion.   The linear gossan zone occurs within the dolomite country rock and likely represents a sulphide bearing fault zone.  The Company’s interest in the Seahorse Project includes any mineral deposits discovered, whether diamonds or other minerals.

This region has been subjected to no known previous detailed exploration work. The Company will report further details once they are available.  Due to its remoteness, the project area must be supplied by small aircraft and helicopter.  Although Talmora has been active in the area of the Seahorse Project, prior to Olivut’s involvement it had not been able to conduct meaningful exploration due to a lack of financing during the prolonged negative capital market environment for junior exploration companies.

To learn more about Olivut Resources Ltd., go to https://olivut.ca/