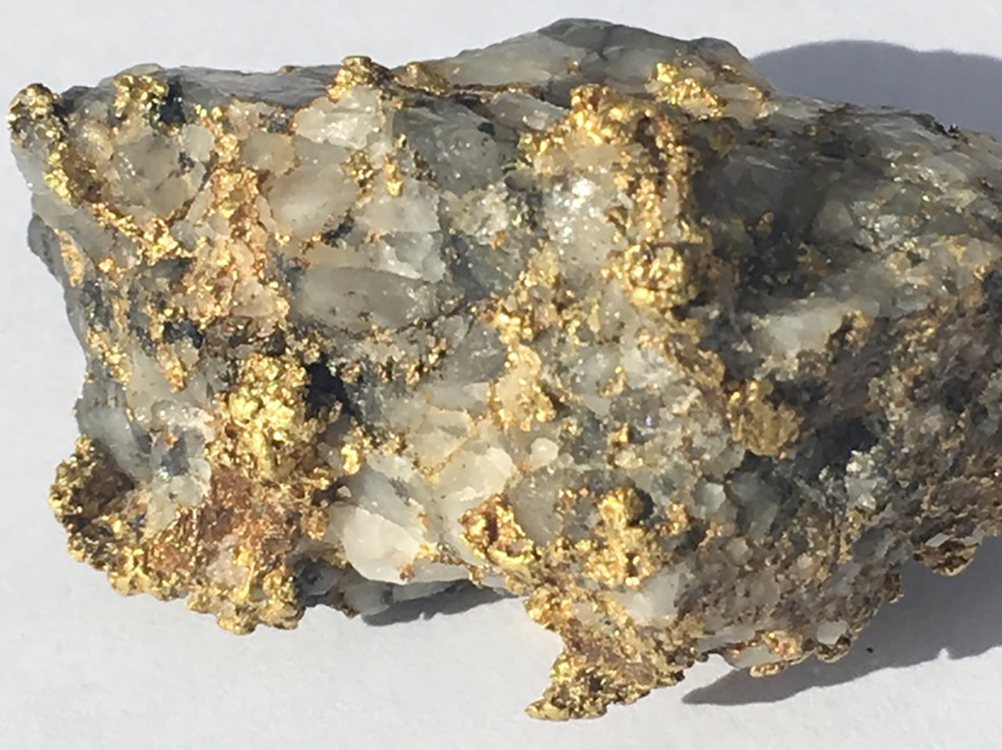 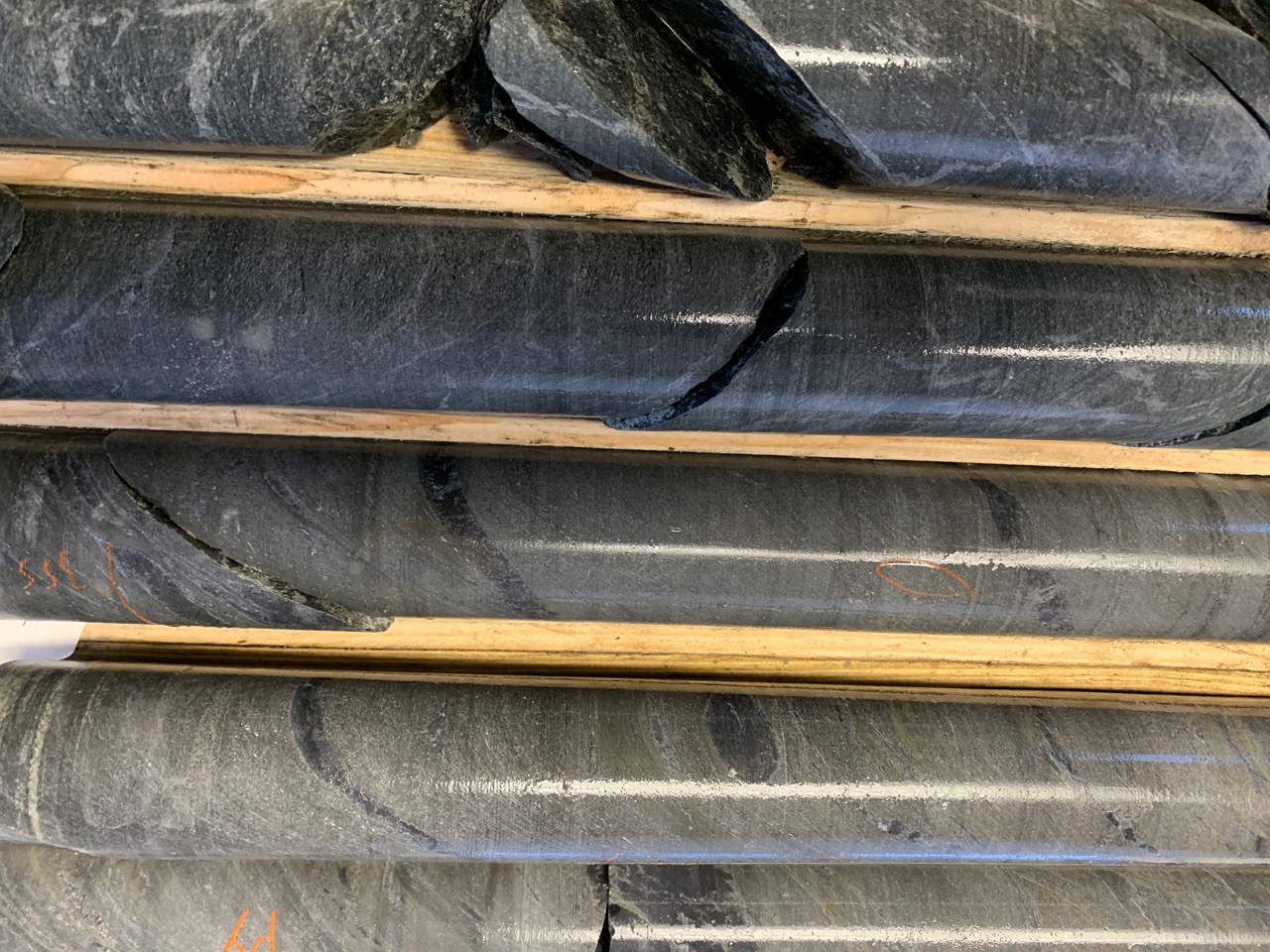 Renforth Resources, with 7 wholly owned properties, two of them with surface gold resources on the Cadillac Break, has started down the path of proving that the surface gold deposits represent a near term path to production by open pit.  The location of these properties, near Cadillac and Malartic, Quebec, offer a reduced capex scenario due to the availability of local custom toll milling services, Renforth is focussing first on the New Alger property.

The >5200 hectare New Alger property consists of 98 contiguous staked mining claims and one mining lease in the township of Cadillac Quebec, in an area referred to as the “Cadillac Mining Camp”. The mining lease, located on the northern portion of the property, is the location of the identified gold resource on the property, currently associated with the former Thompson-Cadillac Mine.  The mine sits on the eastern portion of the 1.4km strike of the Cadillac Break encompassed by the mining lease. Intermittent small scale production in the 1930’s left two shafts on site, of 30 and 343m depth respectively, and records of broken ore left underground.  Gold has been drilled across the entire strike length of 1.4km, with a currently deepest pierce point of 404m.  Sharing the same vein system, next door to the east, is the former O’Brien Mine, which ceased operations in the 1950’s, after producing >500,000 ounces of gold, to a depth of 1500m.  Thompson-Cadillac, on the same veins, only produced ~21,000 ounces while in operation. Renforth established a maiden resource in 2014 of 237,000 ounces of gold in the area of the historic mine, above a depth of 200m.  There is presently a resource re-calculation underway, focussed on the open-pit potential of the property.

An exciting development at New Alger has been the re-discovery of the “Discovery Veins”, the strongest of several gold-bearing quartz veins on surface in the Pontiac Sediments, south of the mine. The Discovery Veins, located 250m south of the mine and the Trans-Canada highway, have been sampled over ~500m and stripped over ~275m, to reveal a surface system of ribbon quartz veins bearing coarse gold.  The veins interweave and pinch and swell on surface, the package varies in widths between 5 and 50m.  In addition to a comprehensive and rigorous channel cutting campaign in the fall of 2019 the Discovery Veins were drilled by Renforth for the first time ever, 7 drill holes obtained gold in each drill hole, widening the system at depth, with a deepest pierce point of 120m presently.  The density of the vein system, combined with the depth continuity demonstrated by drilling, causes Renforth to regard the Discovery Veins, in combination with the Cadillac Break mineralization, as an open pit target.

Renforth’s near term exploration focus is on drilling both the mine and Discovery Vein areas of New Alger in order to define the amount of gold present and pursue the development of an open pit mine, envisaged to leverage local toll milling availability.

Renforth’s second resource property is Parbec, when Renforth has established a geological resource in excess of 600,000 ounce of gold, like New Alger this resource is currently being re-calculated with a focus on the open-pit potential of Parbec. Renforth has proven that gold mineralization extends across the entire 1.8km of the Parbec property and, like New Alger, Renforth discovered a secondary structure associated with the Cadillac Break (a “splay”), which extends into the Pontiac sediments and has gold associated with it.  To date Renforth has drilled 37 drill holes at Parbec, each one returning gold values to various degrees.

Parbec also has a contiguous gold mine neighbour, in general terms it is the Canadian Malartic Mine (“CM”), Canada’s largest open pit gold mine (formerly known as Osisko), specifically it is the former East Amphi Mine, which is a part of the CM property.  East Amphi was a producer in the early 1980’s, via open pit and underground.  Parbec and East Amphi appear to also be on the same structure.  Currently Renforth’s neighbour, CM, is drilling their part of the structure in order to assess the potential of feeding the CM mine, while Renforth focusses on New Alger.  Renforth does regard Parbec as a property with significant additional resource and open-pit potential, the existing resource starts on surface and ~80% of that resource is above a depth of 200m, whereas there are gold pierce points on the property >500m in depth and the contiguous East Amphi resource was outlined to a depth of ~600m.  Numerous targets and areas to focus on remain at Parbec. Renforth looks forward to returning to this property later this year.

In addition to these two surface gold resource properties Renforth holds additional properties and is acquiring others via staking of historic showings that are available.

Malartic West – contiguous to the entire western border of CM this property is known to host gold on surface and in drill holes, it is also the site of a copper discovery made by Renforth in 2019 which now extends over 165m via surface sampling of copper and high grade silver

Nixon-Bartlemen – this en-echelon gold bearing quartz vein system is located west of Timmins, ON, on patent ground.  Nixon-Bartleman has been drilled and extensively sampled, Renforth looks forward to returning to this property in the summer of 2020.

Denain-Pershing– east of Val d’Or this property sits on the end of the Cadillac Break, where it meets the Grenville Province, and is known to host gold and copper in both drill holes and surface samples. It is currently optioned to O3, Renforth anticipates they will earn the 80% they are entitled to under the property agreement.

Renforth looks forward to an active 2020 with exploration planned at each of our properties.