Total Known Endowment includes current and historical production and compliant reserves and resources Data compiled from DigiGeoData database, British Columbia Minfile, technical reports, and corporate websites DigiGeoData has compiled this information using best practices and does not warrant the completeness or accuracy. All data should be checked and verified before use.

The DigiGeoData Southern British Columbia map area stretches across most of the southern part of the province and encompasses several established mining camps. The map covers a large area of over 202 thousand square kilometers. The area has a long exploration and mining history dating back to the late 1800s with close to 200 historic and currently operating mines and numerous deposits of various sizes and commodities. Some of the earliest staking in the western part of the map area began in 1896 around what is now the Bralorne mine. The staking occurred from placer miners looking for the source of gold in the rivers. The first production came from the Bralorne mine in 1900 which continued to produce until it closed in 1980. The same property hosted the Pioneer mine which produced from 1908 through 1983. The area around the Highland Valley mine has been actively explored since 1896 with the first mining starting in 1907. Exploration and mining in the area continued through the 1920s and then the area had limited exploration until the 1950s. The Bethlehem mine started production in 1963 and continued for close to 20 years The Lornex mine was next to begin production in 1972 and produced until it closed in 1986. The Highland Valley mine started production in 1983 and continues to be a significant producer of copper, molybdenum, and silver. Moving east towards Kamloops, exploration in the Afton area began in the mid-1800s as prospectors pushed their way into the interior of British Columbia following the Fraser and Caribou gold rushes. Mining started at the turn of the century through 1927 at several copper, gold, and silver mines including the Pothook, Iron King, Copper King, and Iron Mask. Although the property containing the New Afton Mine was staked in 1949, mining did not begin until 1977. The New Afton currently produces copper, silver, and gold. The Craigmont area, just north of Merritt, did not see significant exploration until the late 1950s. Production of copper began in 1961 and continued until the mine closed in 1982, adding iron to the production phase in the later years of operation. There has been a recent flurry of exploration in this area which is known as Spence’s Bridge. The third currently operating mine in Southern BC is located south of Princeton. Initial exploration around the Copper Mountain mine was reported as early as 1884. Initial unsuccessful production attempts were made between 1892 to 1922. Mining began again in 1937 and continued through 1957. Since then various periods of mining occurred with the current mine production commencing in mid-2011. The Greenwood mining camp is situated in the central-southern section of the province and straddles the United States border. It has undergone extensive exploration and development since the 1880s. The first gold ore was shipped from the Skylark vein in 1982. Gold mining on a small scale continued through the late 1990s through the late 1900s from several mines. The Phoenix mine was re-evaluated and mining re-started in 1959, continuing to 1976. Since then exploration and development have continued with several mines attempting gold production on a smaller scale. This area has recently seen a surge in exploration The Rossland mining camp is just southwest of Trail. It has a history of gold, silver, and copper production between 1894 and 1941. The southeastern part of the map area close to the Alberta border is host to 4 operating coal mines.

British Columbia has complex geology with mountainous physiography and a diversity of rock types and ages. Mountain ranges, including the Canadian Cordillera are the prominent physiographic feature in British Colombian terrain in general. The origin of Canadian Cordillera extends back some 750 million years to the episode of rifting that marked the first stages in the break-up and dispersal of “Rodinia”, a Neoproterozoic supercontinent. This breakup led to the opening of a new ocean basin that was the distant ancestor of the present Pacific Ocean basin and to the formation of a continent-ocean boundary that is preserved today within the eastern Canadian Cordillera. Metallogeny in British Columbia is closely linked to the tectonic evolution of the Canadian Cordillera, first as an accretionary orogen consisting of allochthonous terranes that were welded to and deformed with the western margin of ancestral North America, primarily during the Jurassic, and then as the site of post-accretionary tectonism and magmatism (e.g., Nelson et al., 2013). The Canadian Cordillera has been divided into five northwest-trending physiographic belts and the Southern BC map area includes parts of Coast, Intermontane, Omineca and Foreland physiographic belts. 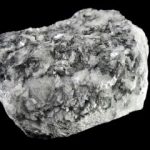 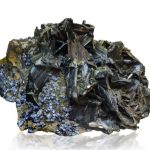