Data compiled from DigiGeoData database,Ontario Mineral Deposit Inventory, technical reports and corporate websites.
DigiGeoData has compiled this information using best practices and does not warranty the completeness or accuracy.
All data should be checked and verified before use

Survey work in the area was first carried out by the Geological Survey of Canada in 1883. Gold was originally reported in the Red Lake area in 1897 by R.J. Gilbert who eventually staked claims.

In 1924, two years after a discovery of gold by Gus McManus, the Ontario Department of Mines published a geological report on this district. The remoteness of the region prevented serious exploration activity until 1925 when claims were registered by Ray and Lorne Howey and George McNeely. These claims eventually became part of the Howey Mine. This was the catalyst of a major gold rush to the area.

More than 3,000 people converged on Red Lake at the height of the Gold Rush of 1926. They traveled by dog team or by foot on the frozen rivers and lakes, over the 180-mile gold rush trail. In spring, they used canoes or small boats, and before long, airplanes. Eventually the bush plane came to dominate travel. In 1936, Howey Bay, in the heart of Red Lake, was the busiest airport in the world, as aircraft of all shapes and sizes transported freight and passengers in and out of the area at 15-minute intervals.

The first recorded production from the Red Lake area came from the Howey Mine. The mine produced 452,000 ounces of gold until the mine was closed in 1957.

During the1930s and 1940s production peaked with 12 producing mines. 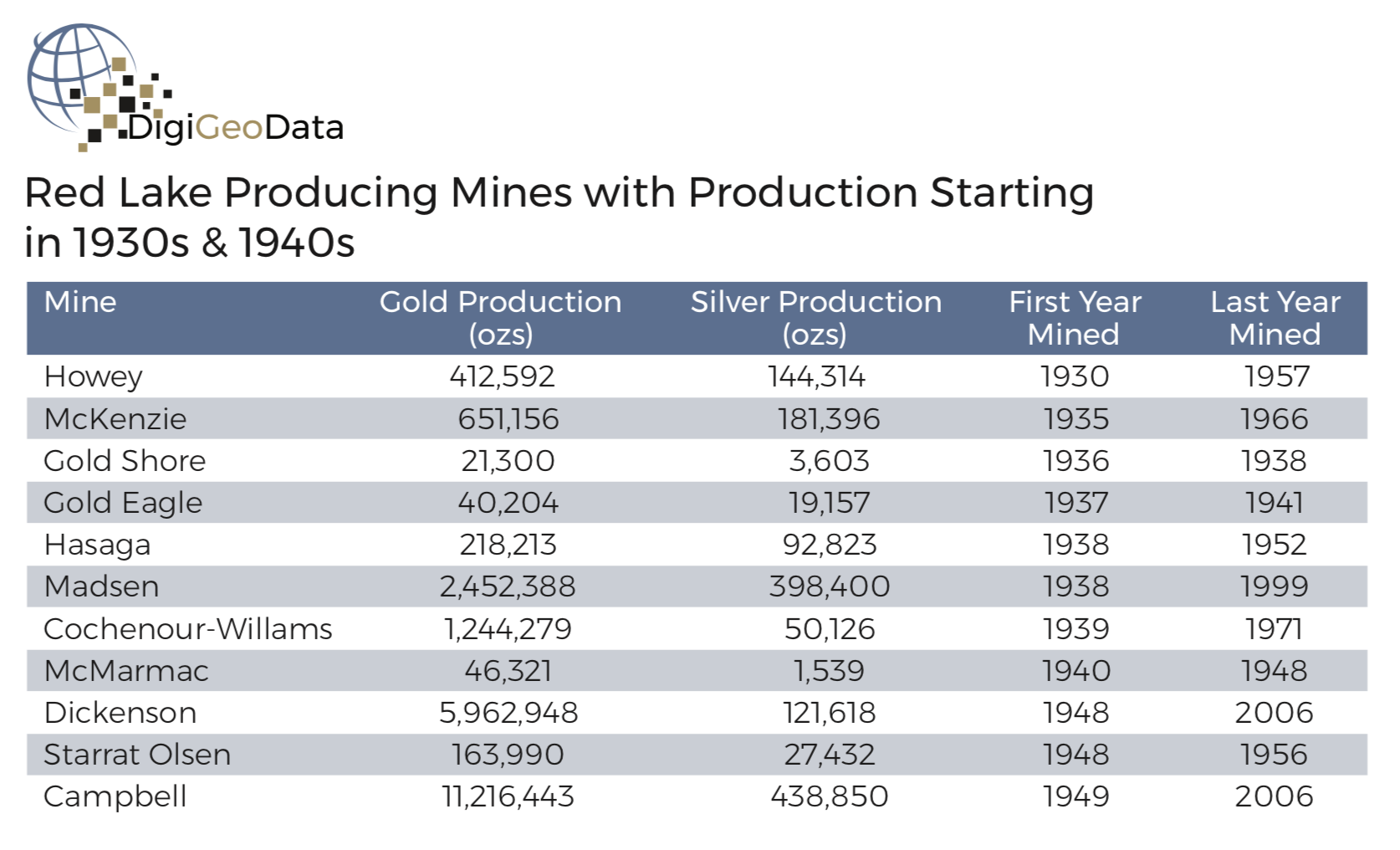 There were other mines that had smaller and limited production during that time.

Gold mining declined during the next 2 decades until 3 new mines opened during the 1960’s. They were the H.G. Young, Annco and Willmar producing an aggregate of 161,000 ounces of gold until the last one closed in the 1970s.

Two of the most prolific mines which started producing in the 1940s, the Campbell and Red Lake, remain in production today.

In 2018, gold production in Red Lake continues from the integrated operations of Goldcorp Inc.’s Red Lake Gold Mines, comprising the Campbell, Red Lake, Cochenour and Balmer complexes. In May 2006, Goldcorp combined the reporting of their production and reserves/resources of their mines and deposits into the Red Lake Complex.

The Birch Lake – Uchi Lake greenstone belt was actively prospected after the discovery of gold at Red Lake in 1925.

Several small gold mines were developed in the area during the 1930s.

Base metal exploration in the belt took place from the 1950s through the early 1960s, but began in earnest in the late 1960s following the discovery in 1968 of the South Bay copper-zinc-silver volcanic-hosted massive sulphide (“VMS”) deposit by Selco Mining Corp. (“Selco”)

The discovery was found during a regional airborne electromagnetic (“AEM”) survey follow-up program.

The Selco discovery developed into the South Bay Mine which produced copper, zinc and silver between1971 and 1981.

Exploration in the Birch Lake – Uchi Lake belt was carried out actively until 2008, when the area became relatively idle for several years.

Over the past few years, several companies have returned to the Birch Lake – Uchi Lake area.

Geology of the Red Lake Area

Gold deposits in the district have been classified into three main categories: mafic volcanic-hosted, felsic intrusive-hosted and strata bound.

The Red Lake Greenstone Belt is an accumulation of Archean-age metavolcanics, meta-sedimentary and 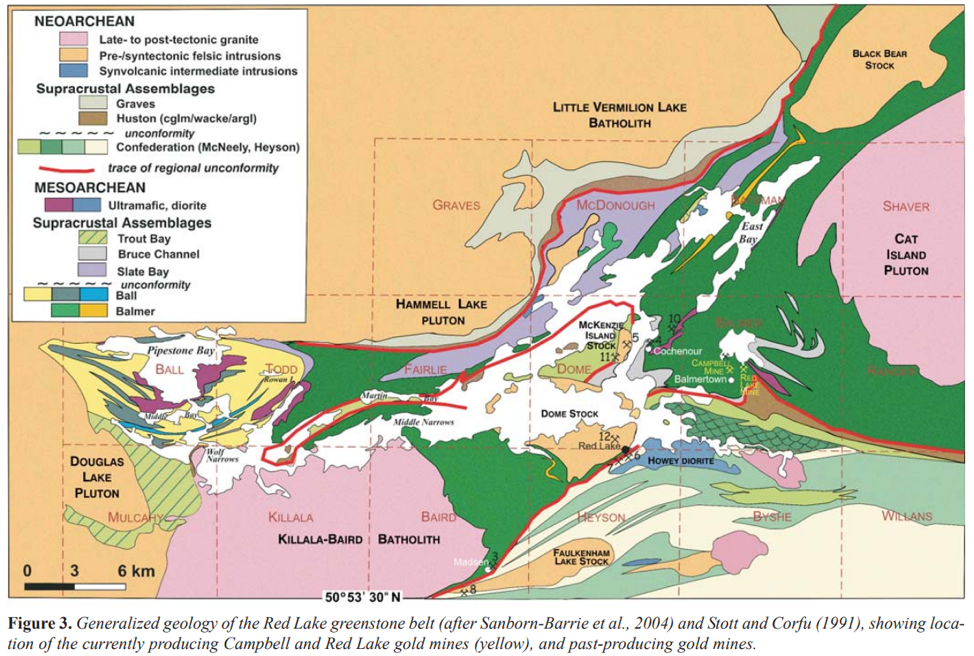 Geology of the Birch-Uchi Area

The greenstone belt is approximately 32 kilometres wide by 84 kilometres long enclosed in an envelope of granitic rocks.

The most favourable sites for potential gold mineralization are shear zones associated with major faults and deformation zones, particularly where alteration veining and disseminated sulfides are present, as well as areas within and marginal to the fine-grained high-level felsic intrusions.

Both gold and base metals have been historically produced.