The DigiGeoData Val d’Or/Rouyn-Noranda map stretches from the Ontario – Quebec border east for 200 kilometers. It covers the two historic mining camps Noranda – Rouyn and Val d’Or. The map covers an area of 25 thousand square kilometers. This area has over 100 past and currently operating mines producing gold, silver, copper, lead, zinc, nickel, molybdenum, and bismuth. Other commodities explored for but not produced include lithium, cobalt, platinum, and palladium. The chart shows the total production of commodities as of December 31, 2019.

In 1906, Alphonse Olier and Auguste Renault discovered the first gold deposit in the Rouyn-Noranda region, on the shores of Lac Fortune. Despite their discovery, the area only became a center for mining following the staking of claims and the discovery of a copper and gold deposit at the northern end of Lac Tremoy by Edmund Horne, a prospector from Nova Scotia, in 1922. This started a mining rush in the area with prospectors and thousands of men and women coming to work and the beginning of the towns of Noranda and Rouyn. The Thompson-Chadbourne Syndicate was formed to finance the exploration and was incorporated in Toronto as Noranda Mines Limited, a name that would have a profound effect on mining in this area for many years. By 1925 over 500 thousand tons of ore had been delineated which resulted in the sinking of the No.1 and No. 2 shafts and production commenced. The Horne mine remained in continuous production until 1976. In 1924, by three prospectors discovered base metals north of the Horne mine around what became the Waite-Amulet mine. Production began in 1927 and continued until 1962. The first exploration around the Doyon-Westwood property was recorded around 1910. 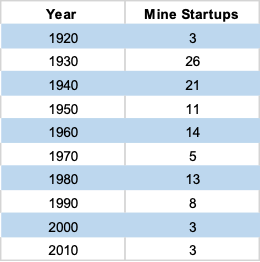 The first significant gold production in the Val d’Or area began in 1929 at the Siscoe gold mine. Exploration, development, and production would continue for the 90 years until the present day making the Val d’Or/Rouyn-Noranda mining camp one of the most prolific and active in Canada and the world. The chart shows the number of mine startups by decade across the area. 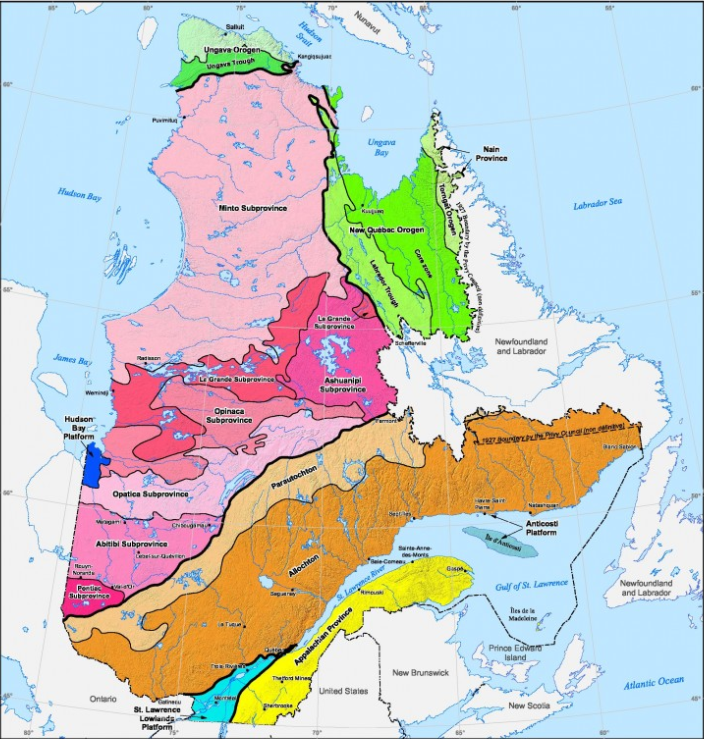 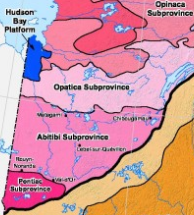 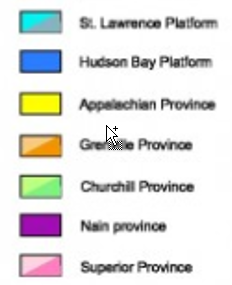 The Geological Domains of Quebec

Quebec geology comprises approx. 90% Precambrian and 10% Phanerozoic rocks with more than half of the Proterozoic rocks being of Archaean age.  These Archaean rocks form part of the 2.9 to 2.5 Ga Canadian Shield, which is bounded by Proterozoic orogenic zones and the Grenville province to the south The Abitibi Greenstone Belt generally forms easterly trending synclines, with volcanics interspersed with domes of synvolcanic / syntectonic plutonic rocks, and alternating wacke bands. The strata is generally steeply dipping, separated by easterly dipping fault zones, such as the Porcupine-Destor and Cadillac fault zones in the Val D’Or-Noranda area

The Val D’Or-Noranda gold area is in the southeastern section of the Abitibi Greenstone Belt, with gold deposits situated along the Larder Lake-Cadillac fault zone and the Porcupine-Destor fault zone. This district consists of a typical Archaean volcano-sedimentary supracrustal sequence of rocks, cut by narrow NE-SW basaltic dykes. The Malartic Group forms the northernmost volcanic unit around Val D’Or, with the Lower and Upper Malartic respectively formed of ultramafic, komatiitic flows and basaltic flows / basaltic flows of felsic volcaniclastics and ultramafics 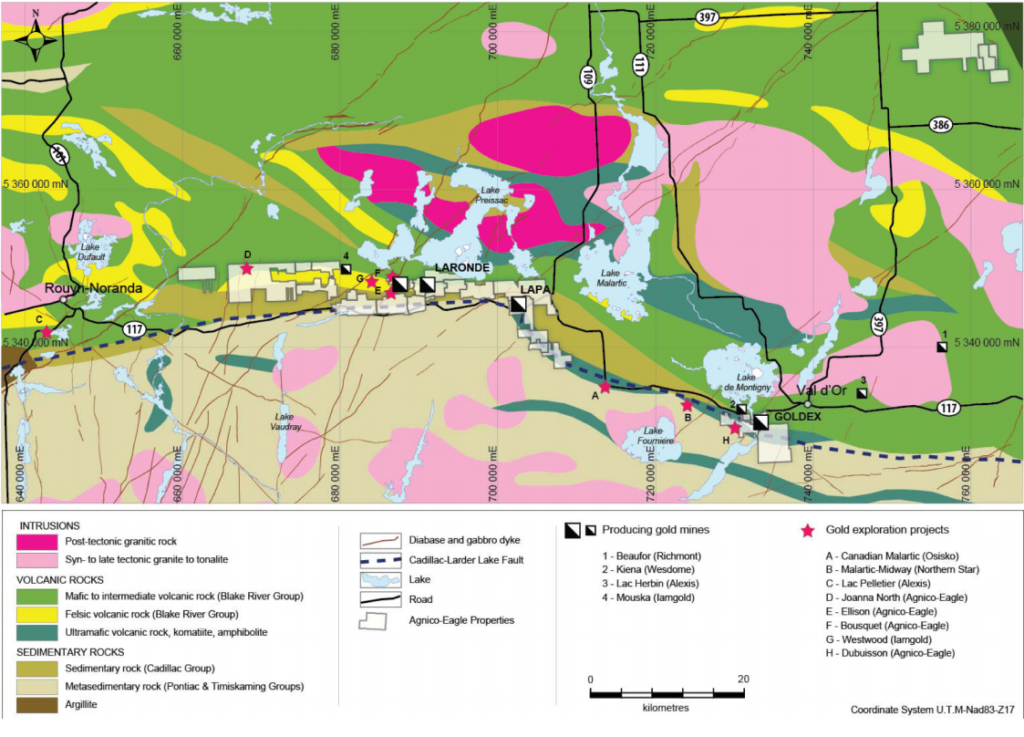